March Madness May Be Slowing You Down 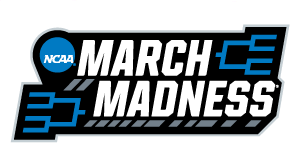 Basketball Tournament! Not only will people be talking about the tournament, they will also want to access it via their work computer, smart phone, iPad, etc., to find out the scores, watch games via streaming video and update themselves on how their bracket is looking.

How it affects you

According to a study by Cisco, typically during the first two days of March Madness, video and outbound internet traffic can spike by as much at five times, as employees will be watching games, checking brackets and sharing on social sites. While the tournament is fun and entertaining, it can be detrimental to an employee’s ability to process work.

The increase in Internet traffic will potentially have a negative impact on the network bandwidth, making it more difficult to quickly access sites and applications used to support the daily care of residents. In addition to the traffic, some of the tournament sites can potentially expose your company to security risks such as phishing attacks, malware and fake gambling/betting sites.

What you can do

Good luck with your brackets!